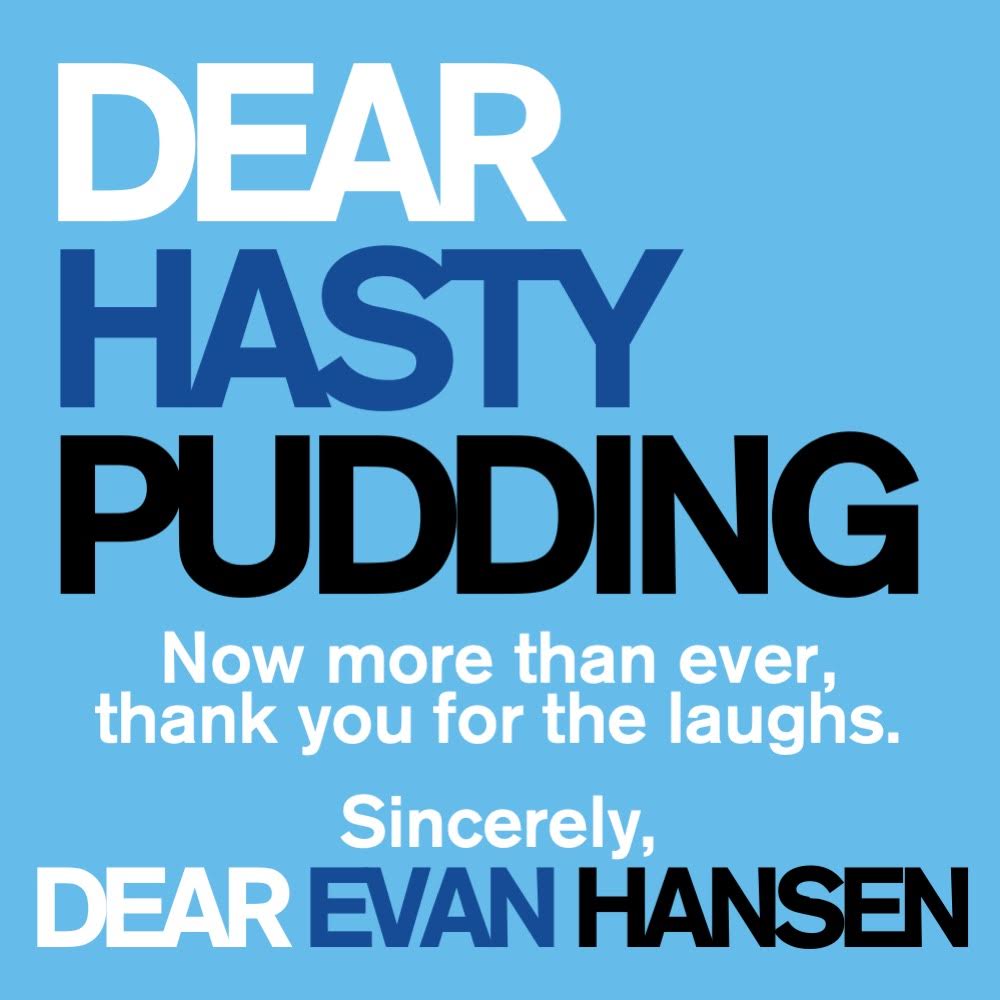 The Hasty Pudding Theatricals have presented their unique brand of student-written theater every year since 1844, the only exceptions being for World Wars I and II.

In 1795, twenty-one Harvard students crowded into a dorm room to celebrate the establishment of a new on-campus society. Members pledged to maintain the club’s secrecy and “to cultivate the social affections and cherish the feelings of friendship and patriotism.” Most importantly, they mandated that “the members in alphabetical order shall provide a pot of hasty pudding for every meeting.” With this ritual, the Hasty Pudding club found its namesake, and the theatrical organization of today found its simpler roots.

The turn of the century saw the introduction of a new tradition into club meetings. In response to increased rowdiness and anarchy, a mock criminal court was improvised to try club members for “insolence” and “contempt of the club.” These trials were a great success, and the club constitution was amended to incorporate these dramatizations into every club meeting. No figure was safe from condemnation by this amateur court system — Cortez was convicted for “massacres and cruelties,” the British Parliament stood guilty for its beheading of Charles I, and the college administration was indicted for “compelling the whole body of students to pursue the dry, repulsive . . . study of mathematics.” Through the years, these productions became more elaborate, with the addition of costumes and eventually scripts. In 1844, Harvard senior Lemuel Hayward broke with tradition and secretly arranged the production of an opera, Bombastes Furioso, instead of the expected mock trial. Thus, the first Hasty Pudding show was born, starting a tradition that has continued for 160 productions, interrupted for only four years by the two World Wars.

The first productions were adapted shows from the professional theatre of the era; by the 1860's, the Pudding was producing student-written shows. Productions were initially performed exclusively for club members, but as their popularity grew, audience exclusivity waned. Harvard granted theatre space to the Hasty Pudding in 1876, opening the shows to a general audience. The space was a dingy little building on the edge of the athletic field that the club secretary, Theodore Roosevelt, referred to as “the shed.” In 1882, the club produced a landmark show that attracted national attention. Dido and Aeneas was a burlesque adaptation of Virgil’s classic text, and was so popular that the Pudding was offered the opportunity to tour New York and Philadelphia. This national attention and financial success allowed the Pudding to construct the current clubhouse in 1888, and set the gold standard for all Pudding shows that were to follow.

The modern Pudding show has evolved into a spectacle beyond anything ever envisioned by the founders of the original secret society. Undergraduates are now provided guidance by theatrical veterans in all aspects of the production while sets and costumes rival those of many professional shows. The group also donates thousands of dollars each year to the arts programs of Cambridge Public Schools, maintaining its presence in the community.

Still, the show remains in its essence a no-holds-barred burlesque. With the introduction of the Woman of the Year celebration in 1951, and the Man of the Year in 1967, the Pudding has gained a truly international audience. Despite these factors, the Pudding remains at its heart an organization driven by the enthusiasm and exuberance of its undergraduates. This year’s 172nd production, HPT172: Mean Ghouls continues in this long and illustrious tradition that can only be described as uniquely ‘Pudding.’ The Hasty Pudding Theatricals have presented their unique brand of student-written theater every year since 1844, the only exceptions being for World Wars I and II.  For more information about this year’s show, click here.